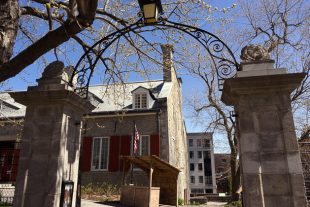 Constructed in 1705 as a private residence for the Governor of Montreal, the Château de Ramezay has withstood the previous three centuries in an excellent state of preservation. Today, it’s the oldest private museum in Quebec, offering visitors a glimpse into Montreal’s earliest days. 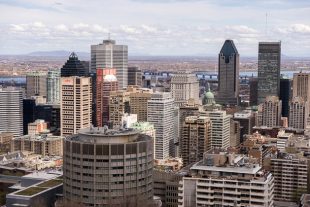 Usually, the first thing we do after arriving in a city is ascend to its highest point for a birds-eye view. But we waited a full month before heading up Mont Royal, the hill (sorry, “mountain”) which provides Montreal its name. When the weather finally cleared up enough, we found that the view was worth the wait. 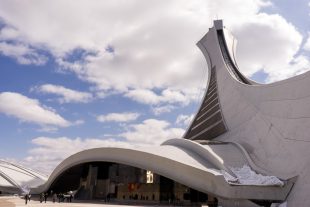 Built in 1976 for the Summer Games and attached to the Olympic Stadium, Montreal Tower’s height of 165 meters (541 feet) makes it the tallest inclined tower in the world. We took the funicular up to the top, where there’s an observatory that provides views of the Olympic Park, Mont Royal and downtown Montreal. 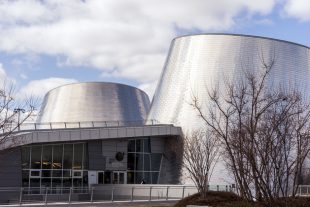 One of the buildings which makes up Montreal’s “Space for Life” is the Rio Tinto Alcan Planetarium. It opened in 2013, and features two full-dome theaters which allow visitors to tour the universe. 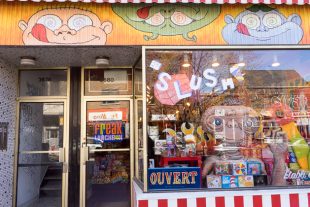 Boulevard Saint Laurent, aka “The Main”

Cutting straight across the Island of Montreal, Boulevard Saint Laurent is considered to be the dividing line between the city’s French-speaking half on the east, and the English half to the west. Known colloquially as “The Main,” the neighborhoods which line themselves along the boulevard, from north to south, are home to various populations of immigrants. 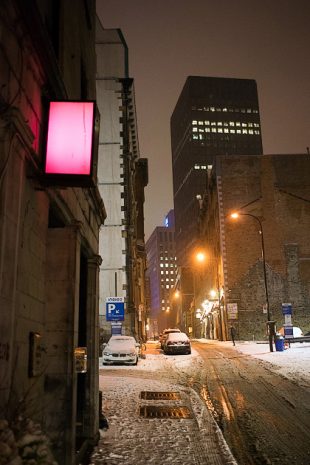 A Beginner’s Guide to Montreal