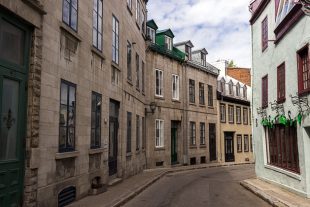 Jürgen and I hardly rested during our three days in Quebec City. The weather was great, which allowed us to spend a lot of time outside, walking around the city taking snapshots. With the Château Frontenac reigning over the Old Town like a real-life Disney castle and the twisting cobblestone alleys leading from one quaint shop to the next, Quebec City seems like a theme park specifically designed for photographers. 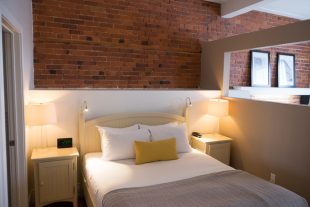 The most famous hotel in Quebec City might be the Château Frontenac, but that doesn’t necessarily make it the best. During our trip, we were invited to stay in a pair of hotels in the Lower Town. The St. Pierre Auberge and the modern Hôtel 71 are found adjacent to each other on Rue St. Pierre, and we couldn’t have hoped for better places to rest. 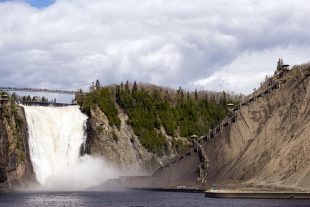 Located just north of Quebec City, the Chute-Montmorency provides a perfect half-day excursion. This waterfall has a height of 83 meters, taller than Niagara. And by following an exciting trail which includes a suspension bridge and a gondola, you’re able to admire it from every conceivable angle. 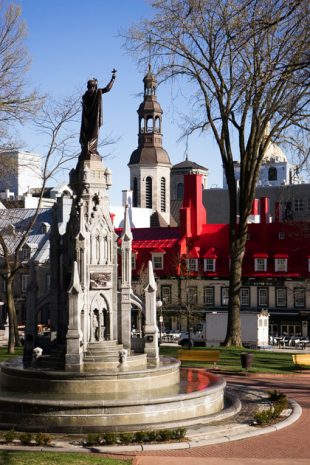 Protected by its original fortifications, Old Quebec has survived the centuries in a state of picture-perfect preservation. In 1985, UNESCO declared the entire historic district to be a World Heritage Site. This section of town is the main reason Quebec is able to lure so many visitors, and it certainly doesn’t disappoint. 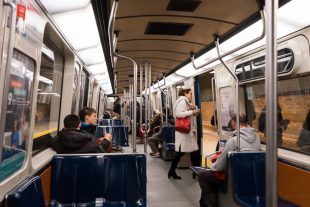 Built in 1893 by the Canadian Pacific railway company, the Château Frontenac dominates the skyline of Quebec City. A towering structure with over 600 rooms and an unforgettable profile that reigns over the walls of the Old Town, this is thought to be the world’s most photographed hotel. I wouldn’t doubt it. The Frontenac so large and central that it will be part of the backdrop in nearly every picture you’ll take of Quebec City. 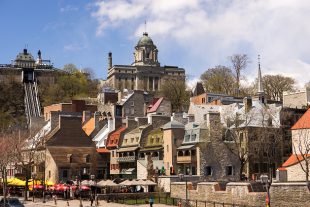 It doesn’t matter which angle you’re admiring it from, Quebec City is stunning. We had a chance to see two of the best views of the city: from the water, during a short ferry trip across the St. Lawrence River, and from the sky, in the 31st-floor observatory of the city’s tallest building. 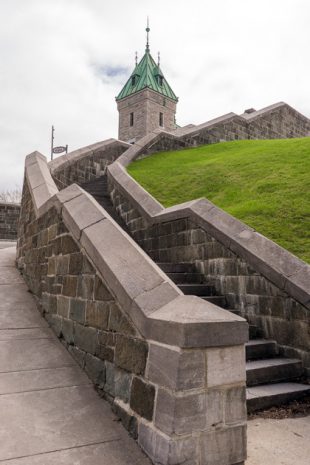 Only two cities in North America have preserved their original fortifications. One is Campeche, Mexico, which we visited while living in the Yucatán. And now that we’ve been to Quebec City, our exploration of North America’s Fortified Cities is complete. We went on a walk around Old Quebec’s ancient walls, ending up at the Citadel, which was built by the British between 1820 and 1850. 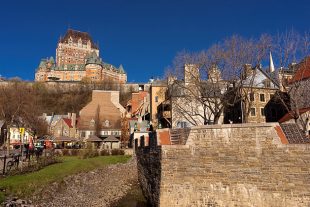