Perhaps the most iconic piece of architecture in Montreal is Habitat 67, designed by Israeli/Canadian architect Moshe Safdie for the city’s World Expo. The brutalist interlocking system of identical concrete living cubes still seems as outlandish and visionary as it must have in 1967. 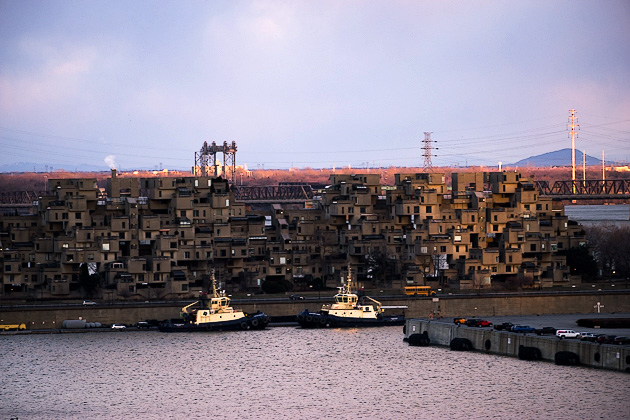 Habitat 67 is what might happen if you were to give 354 identical blocks to a six-year-old, and ask them to create a building. I’ve chosen the age “six” deliberately. A five-year-old would make a mess of it, while a seven-year-old would come up with something more classically elegant. Habitat 67 is what a six-year-old would design: weird, chaotic, and just possibly stable. (You’d look at it for half-a-second, and say something patronizing like “Wonderful, darling.” But later that night, you’d consider the structure more carefully and wonder if you don’t have a little genius on your hands.)

The 354 blocks which comprise Habitat 67 are indeed identical, although the apartments found within the building are not. There are a wide range of apartment sizes and layouts, because the blocks can be purchased together and then interconnected. Safdie’s intention was to create a model for affordable, low-income housing… but that hasn’t exactly turned out to be the case with Habitat 67. In fact, it’s been quite the opposite. This bizarre structure has become a recognized architectural landmark, and the prices of its apartments are astronomical.

Habitat 67 is always visible across the river from the Old Port, and every time my eye falls upon it, I think either, “My god, is that building ugly!” or “God, it’s so cool!” We couldn’t resist getting a closer look. Standing right in front of it, we were able to verify the wealth of the people who call it home… almost every single plain gray-brown concrete block had some fancy work of art displayed in the window. As if to pronounce, “Yes, I might live in a hideous container, but look at the ostentatious art I can afford!” 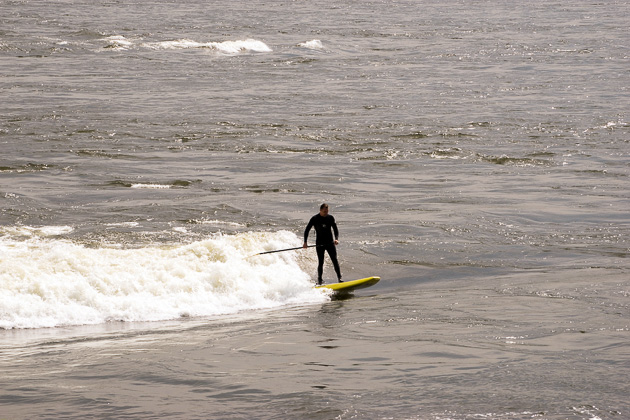 If you don’t have a car, it’s not easy to reach Habitat 67; it seems close, since it’s just across the channel, but you have to walk or bike a long way before arriving. So as long as you’ve made the effort, make sure to walk around the back of the building. You’ll find a little path along a chain-link fence that eventually leads down to the river. Here, the water hits a small set of rapids, creating an ideal “standing surf” spot. It’s popular among surfers and kayakers, as it allows them to ride an endless wave.

–The Drone We Used To Shoot The Video Below 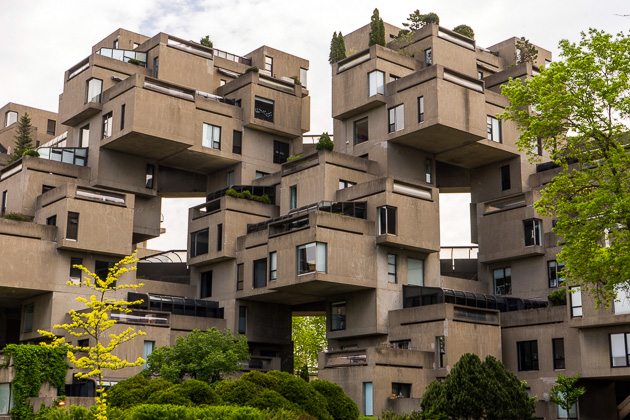 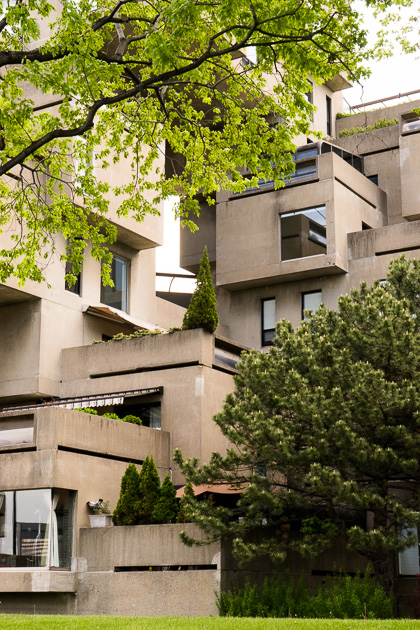 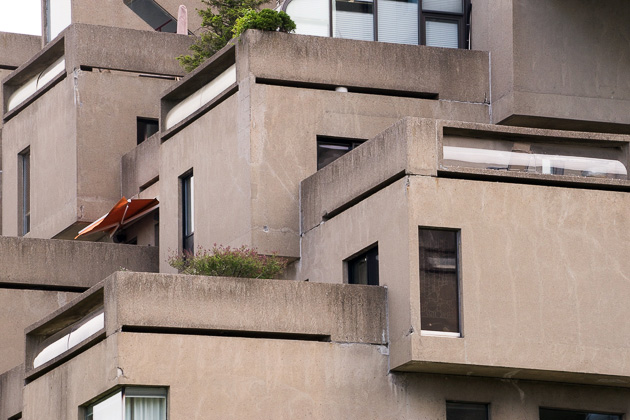 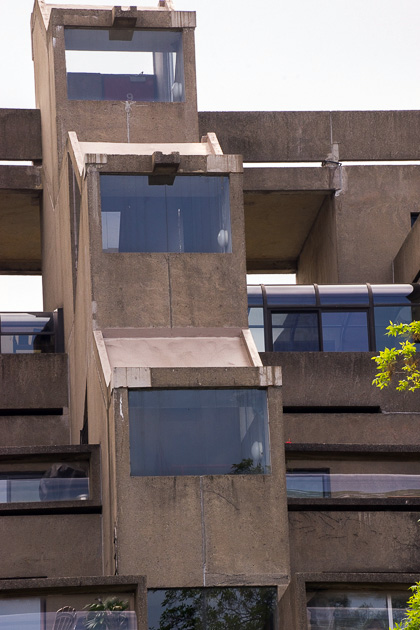 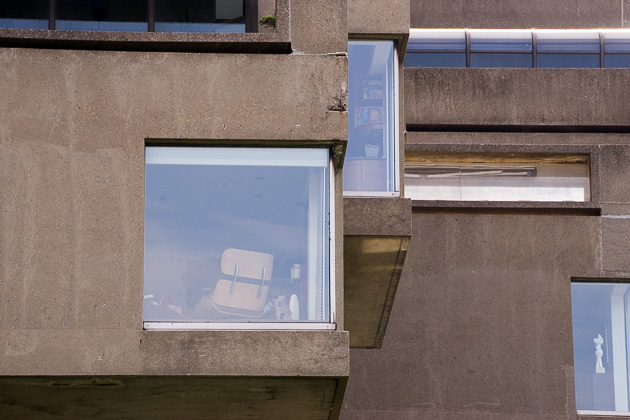 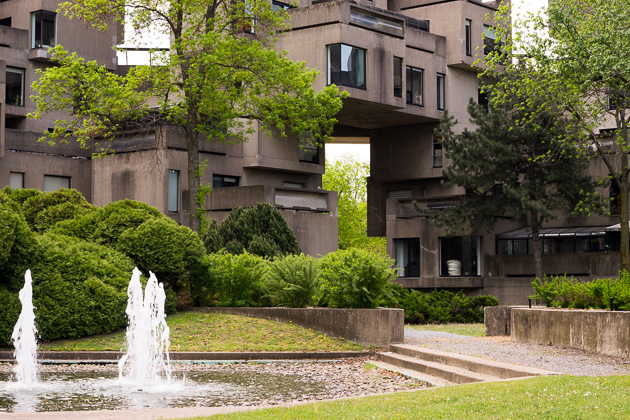 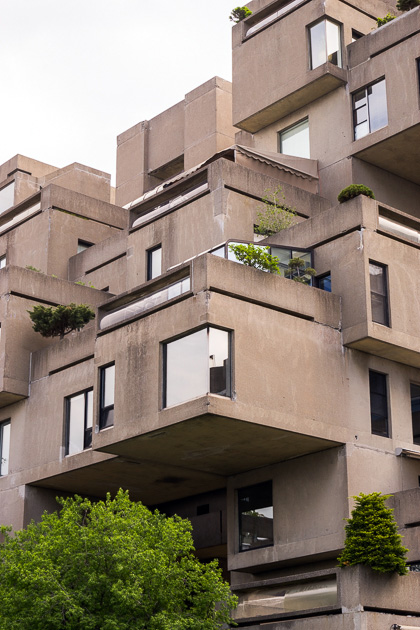 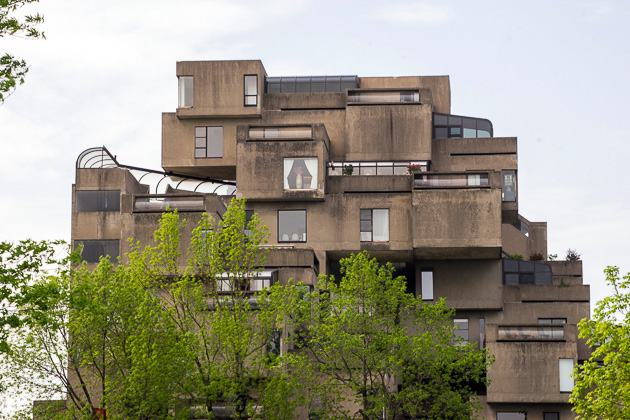 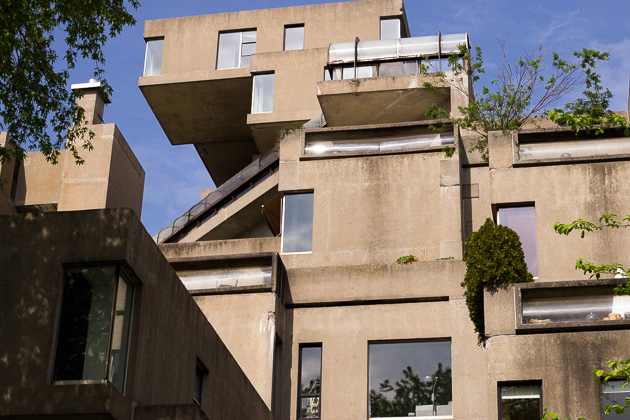 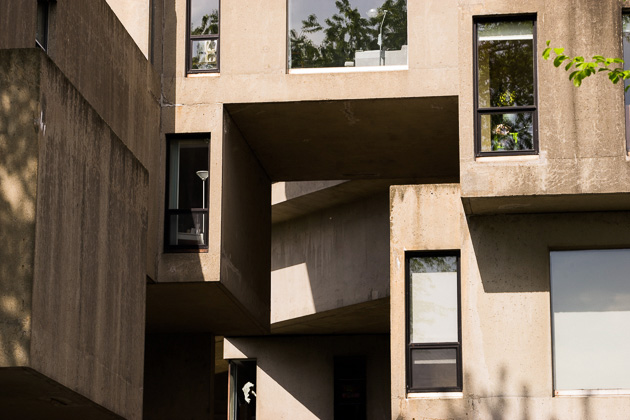 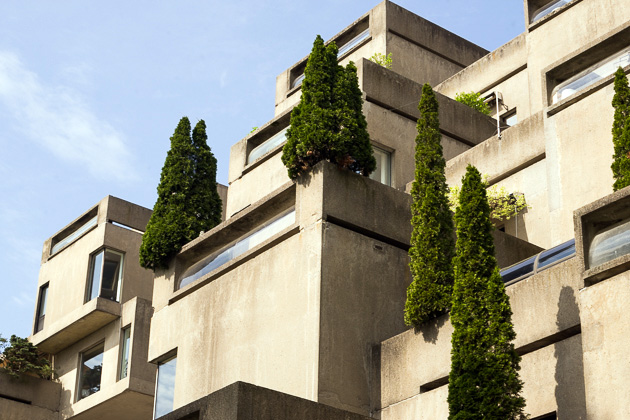 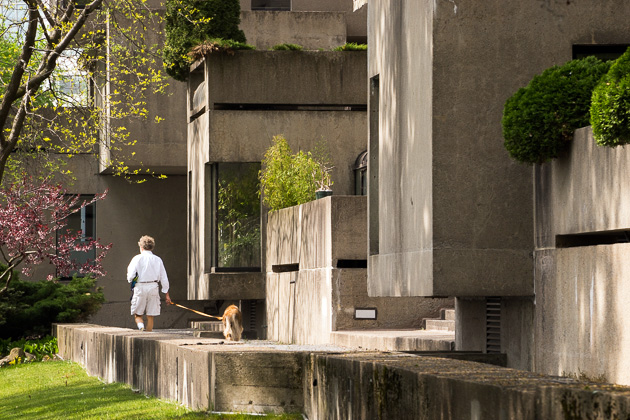 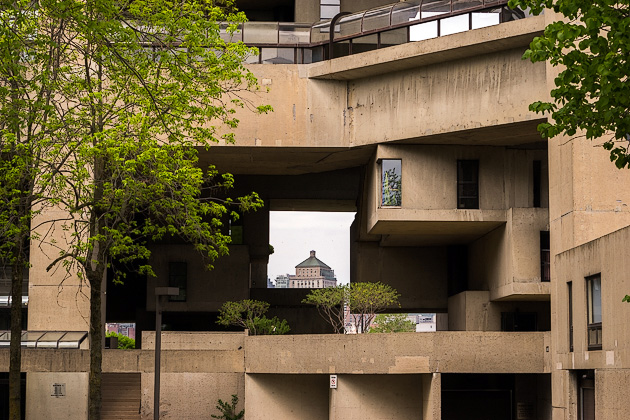 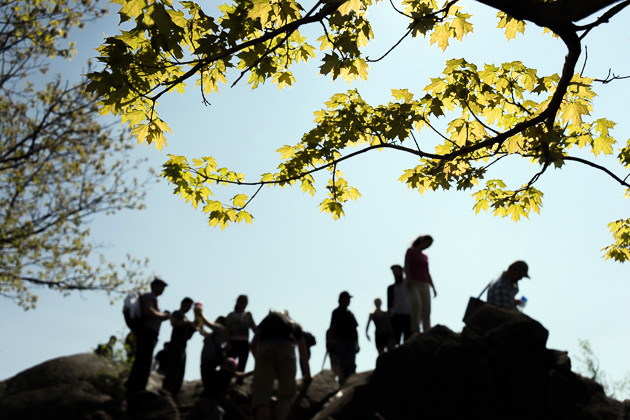 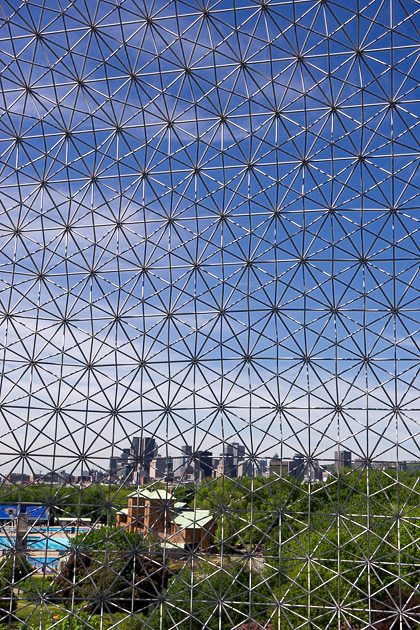 June 26, 2016
Habitat 67 Perhaps the most iconic piece of architecture in Montreal is Habitat 67, designed by Israeli/Canadian architect Moshe Safdie for the city's World Expo. The brutalist interlocking system of identical concrete living cubes still seems as outlandish and visionary as it must have in 1967.
Michael Powell
For 91 Days
LEAVE A COMMENT