Every Sunday, a curious gathering takes place on the slopes of Mont Royal, near the statue of Sir George-Étienne Cartier. Men and women bring their tam-tams, grab a seat, and spend the entire afternoon pounding out impromptu rhythms, smoking and dancing. You might be thinking, “This sounds like it’d be popular with hippies.” And you would be right. 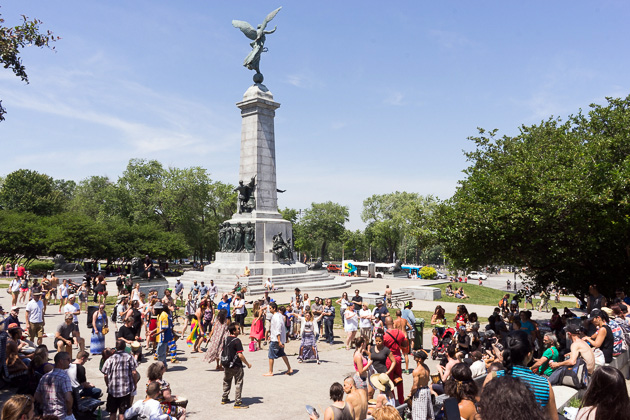 We showed up to the Tam-Tam Festival on a sunny afternoon, partly expecting to hate it. Not that we have anything against tam-tams; we’re just not the kinds of guys who “feel” this particular beat. There was absolutely zero chance of us hearing the bongo, and being overtaken by the primal desire to shake our bodies to the rhythm. There was, on the other hand, a very good chance we’d spend the day making fun of those who did.

The festival was everything we hoped and feared it would be. Think dreadlocks, hacky sacks, marijuana and barefoot dancing. But it was also much more fun than we expected, and we had soon dropped our snarky attitudes. Everyone was hanging out with friends, playing games, smoking, drinking and dancing, and there was a great energy to the whole event. 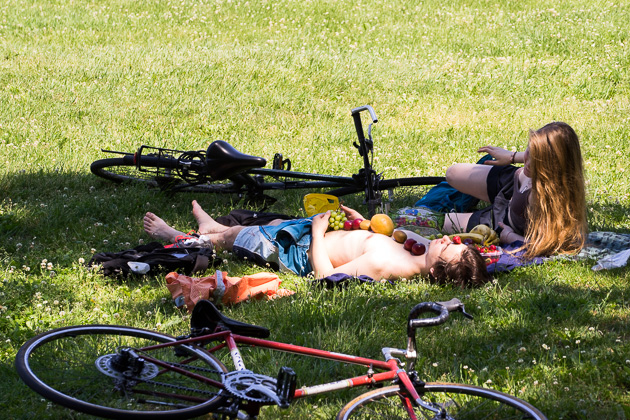 Oh god, a “great energy?” I’ve been infected! But I mean it, man, there must be something about the rhythm of the tam-tam. After a few minutes of laying on the grass, with the sun warming my face, I kicked off my shoes. I could feel something inside me (was it my ka?) itching to get out and dance. In a delirious semi-trance, I shimmied over to the biggest group of drummers, and jumped into the middle of the circle, twirling and howling like a wolf.

Alright, that’s a total lie. Like I said, there was zero chance of such a thing happening. I did, however, spend almost an entire hour watching others dance, and could have happily stayed for even longer. The dance area had its own complex ecosystem, and it was fascinating to watch it evolve. There were cute girls hopping about, older hippies who still had enough energy to spin, guys doing strange movements with their arms as though they were trying to tell an epic story, and at least one shirtless creep flirting shamelessly with every woman in striking distance. And the drummers were just as fun to watch: a mix of every conceivable type of person. Tam-tam playing apparently doesn’t discriminate on age, gender or race (… or ability).

We had expected to show up, take a few pictures and leave this hippie-fest in a matter of minutes. But we ended up spending most of the day here, and were immediately talking about returning the next week. Our time in Montreal was coming to a close, but we still had one Sunday left, and spending it at the Tam-Tam Festival seemed a smart way to use it. 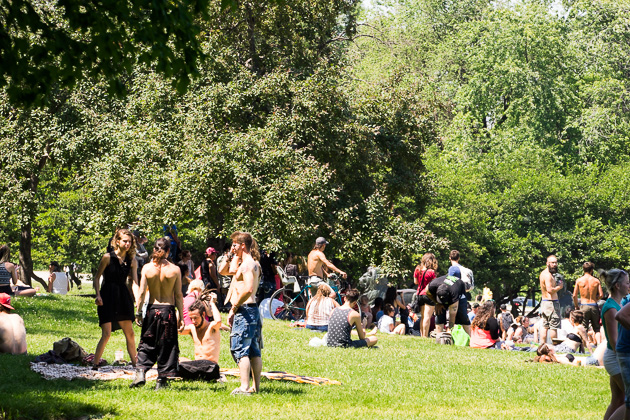 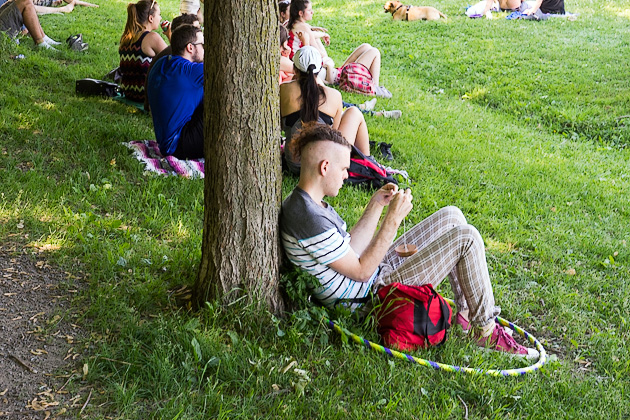 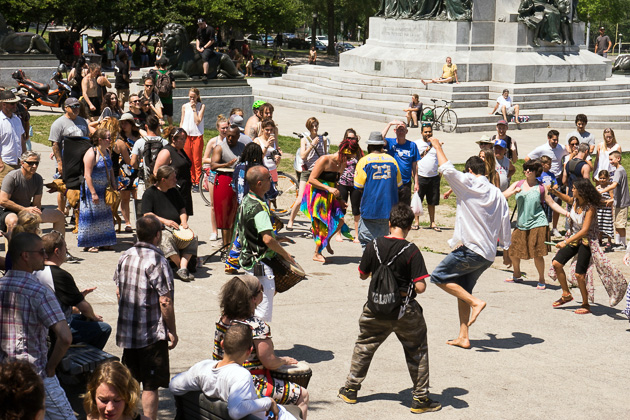 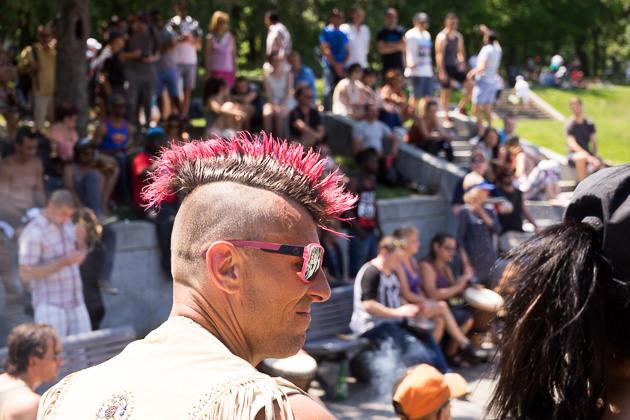 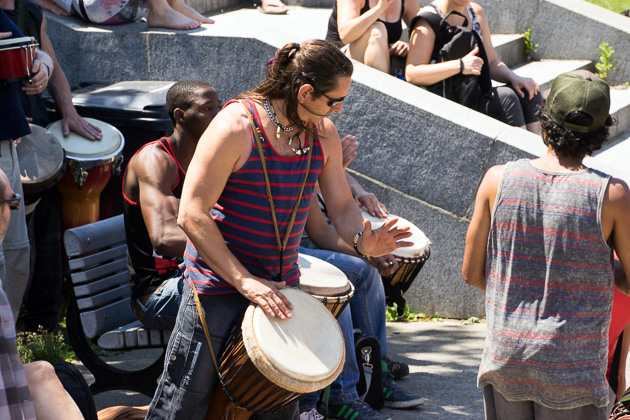 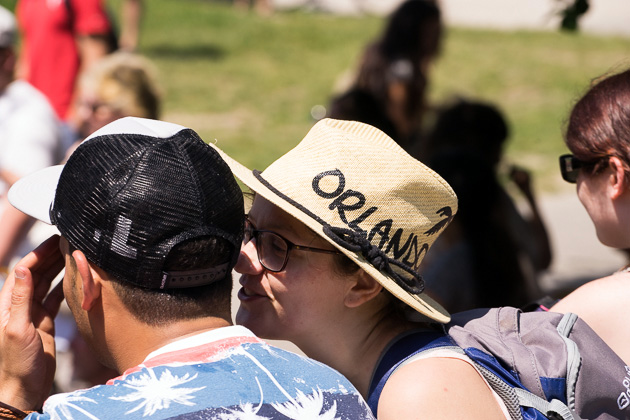 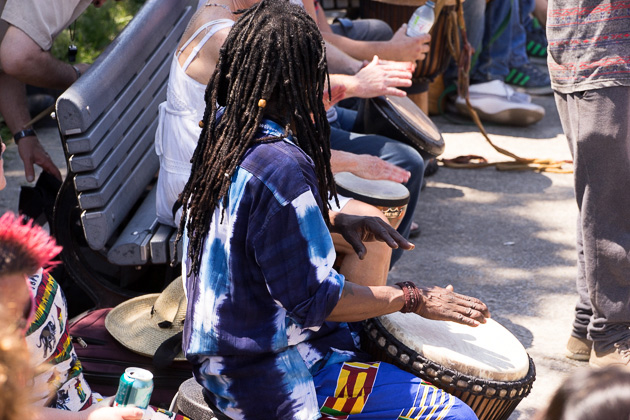 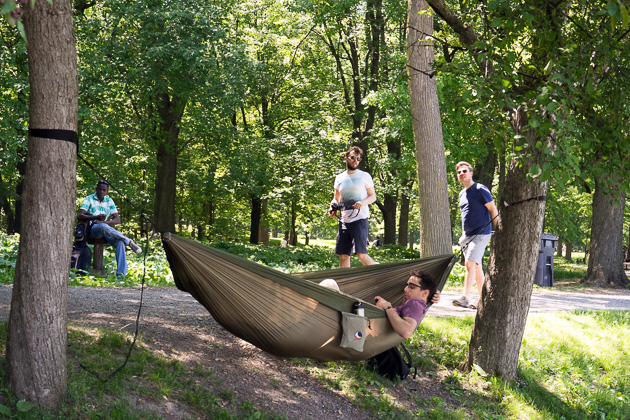 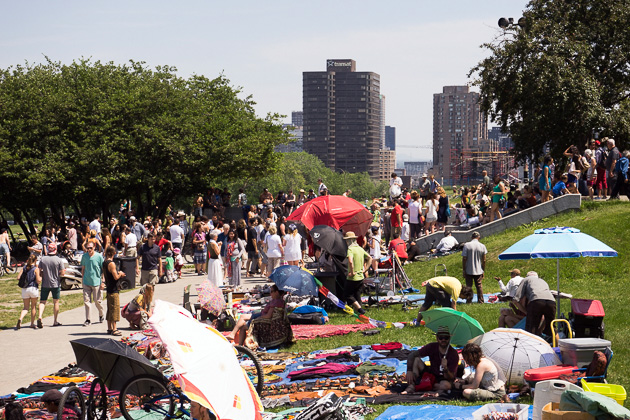 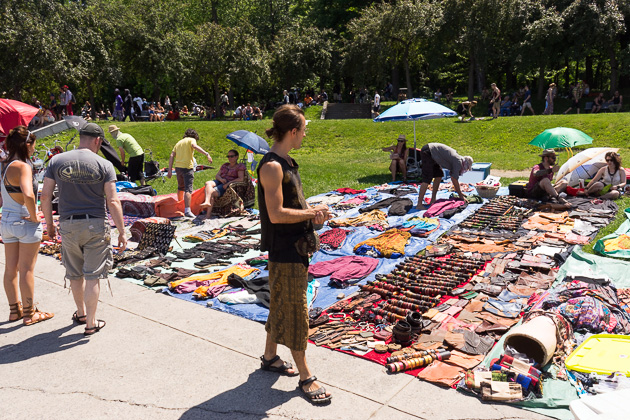 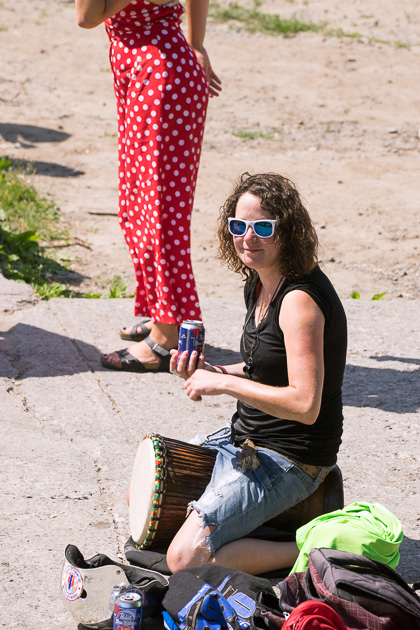 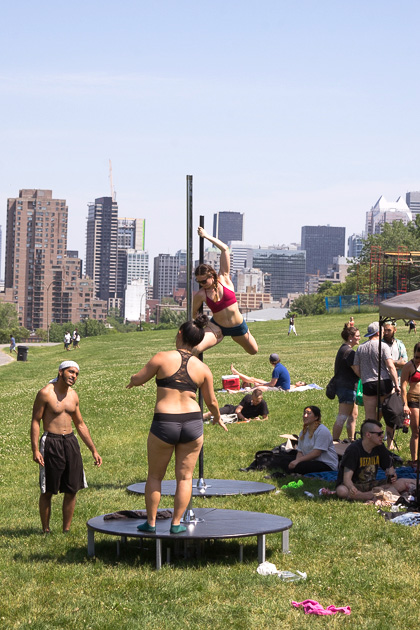